Beginnings of the community 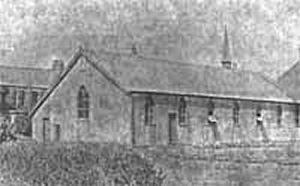 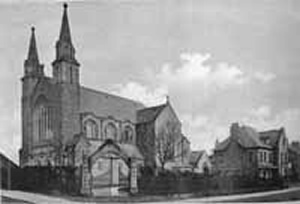 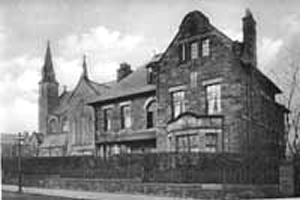 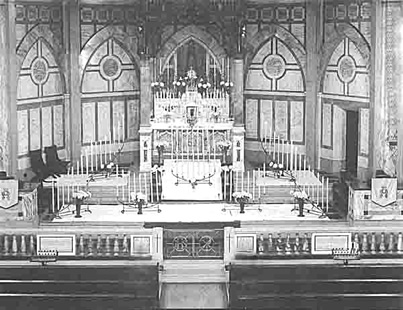 The parish of St. Charles' came into being at Coxlodge in 1861. The acre or so of land on which the church now stands in Gosforth was donated by George Dunn Jnr. in 1896.

An iron church was opened on 20th December 1896. These “temporary iron structures” were not very popular as they were very cold in winter and like ovens in summer.

Building of the current stone church began with the blessing and laying of a foundation stone by the Right Rev. Richard Collins, Bishop of Hexham and Newcastle, on 14th August 1910.

St. Charles’ new church was dedicated in 1911 and is mainly built of sandstone.

To provide additional space and remove some of the drafts from opening doors, a large glass porch spanning the two original main west entrance doors was added in 1970

The re-ordering of the Church 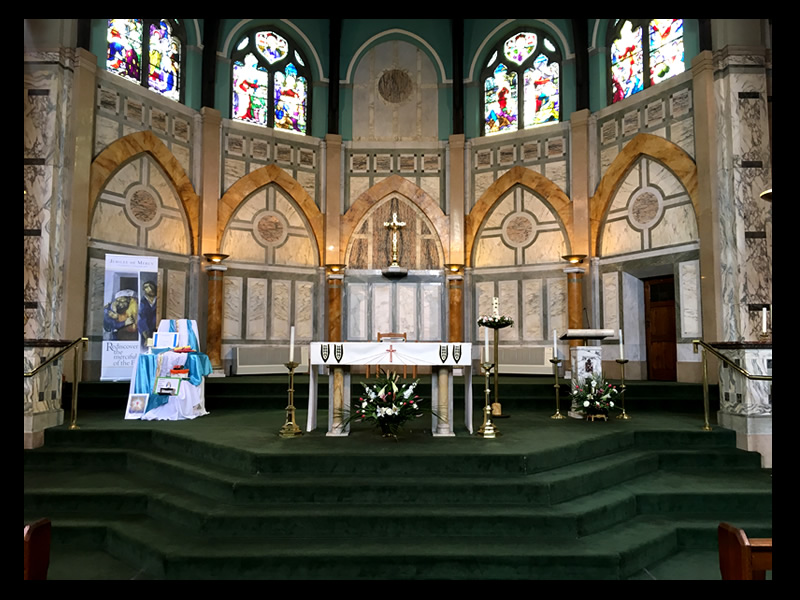 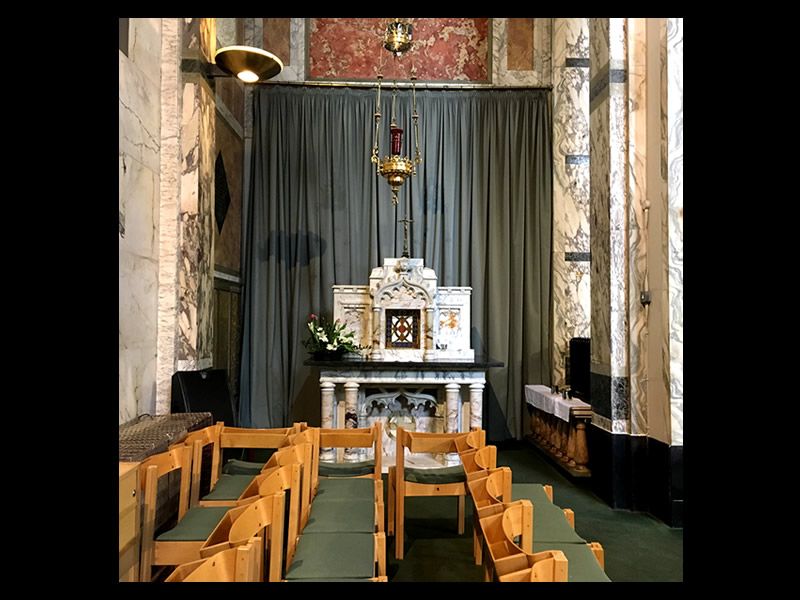 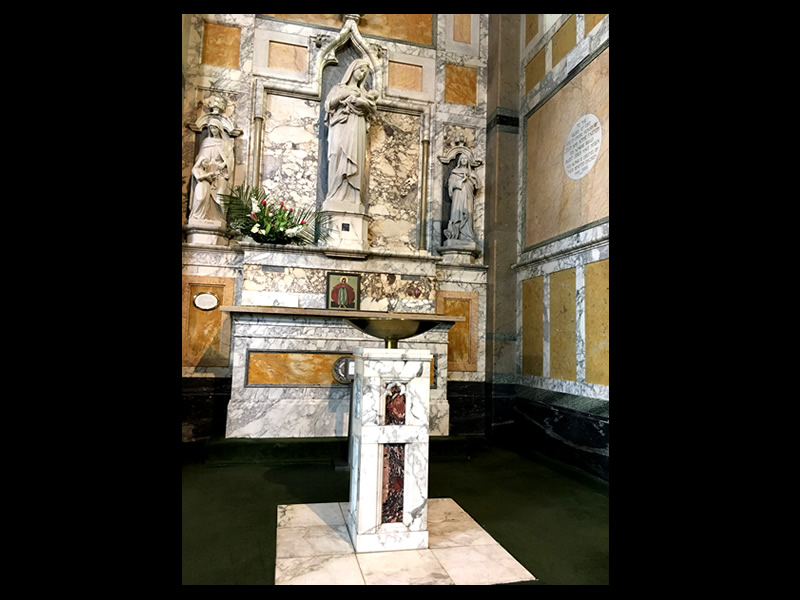 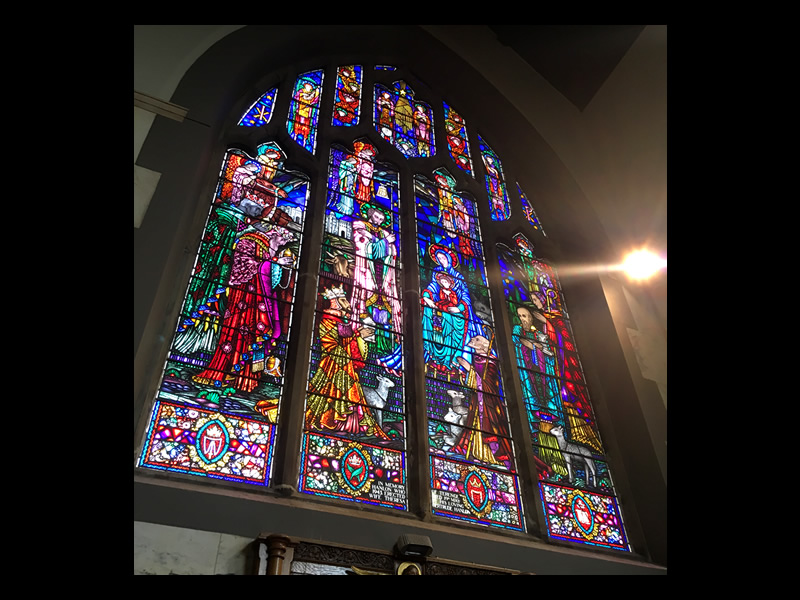 Post Vatican II, the altar rails and ornate baldacchino were removed during the re-ordering of the church in 1986. The sanctuary was extended into the nave to accommodate the forward facing altar.

The re-ordering reduced the ground floor seating capacity of the church, so the upper West Gallery, which had been added in the 1920's to accommodate the organ, was replaced by a larger one to allow space for additional members of the congregation.

The north transept, originally the location for the organ pre 1920, became St. Joseph's Chapel. During re-ordering, the Blessed Sacrament chapel took its place. The new altar and tabernacle was constructed from parts of the original high altar.

The Lady Chapel in the south transept of the church was donated by the Farnon family and includes the modern baptismal font built from the baldacchino as mentioned above.

There are some wonderful stained glass windows. The large window in the south transept is of The Nativity, which includes the Magi on the left and the shepherds on the right.

In 2003, work commenced on the construction of a new parish centre on the land adjacent to the church on the north side, formerly occupied by the original St. Charles' Primary School.

In May 2016 the Church, attached presbytery and boundary wall to south and south west were added to the List of Buildings of Special Architectural or Historic Interest. The buildings are now listed at Grade II. The List entry on the National Heritage List for England can be viewed on www.historicengland.org.uk.

History of the Parish